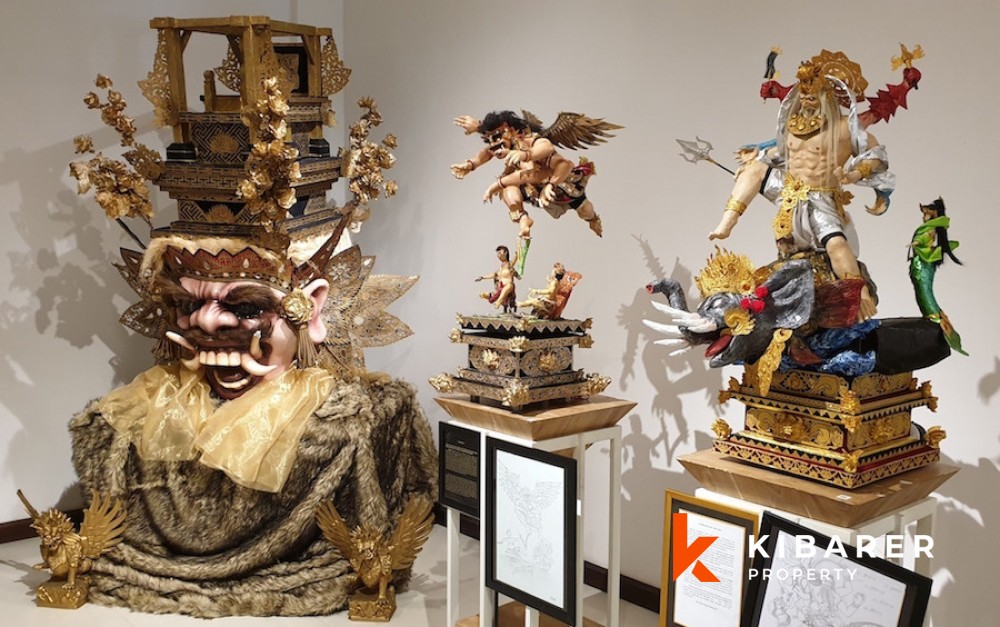 Category : Adventure | Posted On Apr 21, 2021
The Ogoh-ogoh is one of the most fantastic artistic features of Balinese culture. Extraordinary papier-mâché and bamboo depictions of external and internal demons take the form of terrifying giant sculptures. During the Ngrupuk parade on the eve of Nyepi, ogoh-ogoh is paraded through village crossroads around Bali. According to the Saka calendar, the artistic spectacle is an emotional roller coaster that ushers in the first day of the Balinese new year – an annual attraction not to be avoided for locals and tourists alike.

For the second year in a row, the Bali provincial government Covid protocols mandated the cancellation of the Ngrupuk parade, which was scheduled for the evening of March 11, 2021. However, an extreme, spontaneous collective reaction resulted in a one-of-a-kind phenomenon. The idea for a special event was conceived by Stt Gemeh Indah, a youth group from Sekeha Teruna Teruni Banjar Gemeh, Denpasar, and renowned art activist Marmar Herayukti. A competition and showcase of Ogoh-ogoh artworks at Denpasar's Dharmanegara Alaya Art & Creative Hub. 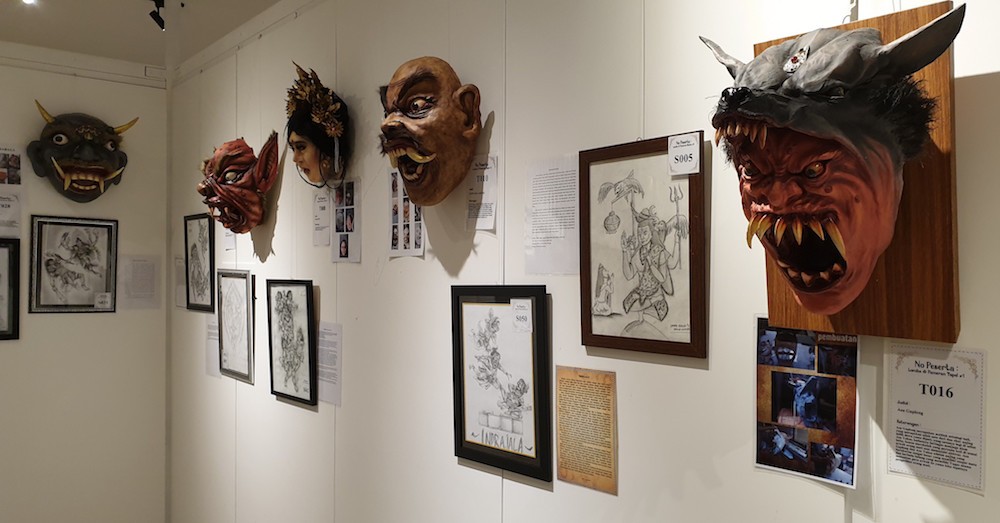 "During months of collaboration, the youths explore their experiences, exchange thoughts, and focus on the previous year as they prepare to 'usher away' and cleanse themselves and the city for the coming year. There is significant social contact. Cooperation, imagination, and late nights all contribute to the formation of one-of-a-kind bonds and partnerships. The Balinese were disappointed when the festival was canceled again this year."

'Pameran Caka 1943,' a show of sixty new productions, was on display at DNA from March 7 to March 30. In Denpasar's landmark modern artistic center, the show included twenty Ogoh-ogoh drawings, twenty heads, masks, and ears, twenty Ogoh-ogoh miniatures, and photos. Stt Gemeh Indah, well-known for the highly imaginative Ogoh-ogoh, organized the festival, which was open to youth from all over Bali. Pencil drawings and vivid texts portrayed impressive and inventive demonic beings, serving as the original blueprints for the more significant 3-dimensional works.

Awe was influenced by the miniature Ogoh-ogoh Buta Kala-themed works. The analytical abilities were excellent, with exceptional attention to detail. Some pieces included small robotics that allowed parts of the creatures to move and rotate. The masks and headpieces, which were just as beautiful, sent chills down my spine. Large fragments up to 120 cm tall were not for the faint of heart. "Over a hundred and seventy submissions were submitted, with selection criteria including the importance of the artistic thoughts, expression, ornamentation, and philosophical references," Marmar Herayukti explained. The first-of-its-kind group show drew hundreds of visitors per day to DNA.

"The Denpasar government believes that the city's cultural identity will become stronger with the support of a modern economy. DNA will become a center for the study and development of the creative economy for future generations," Hendaryana told me. The DNA building, which opened in late December 2019, is a spacious modern facility that combines conventional and contemporary architecture and is situated on Jalan Gatot Subroto in North Denpasar. It has exhibition, audiovisual, reading, discussion, color grading, maker spaces, workshops, co-working spaces, an amphitheater and larger Taksu Theater, indoor and outdoor cafés, and the Denpasar City Radio. DNA funds a wide range of artistic, cultural events, including shows, exhibits, training, and forums.

"DNA's vision and purpose align with Denpasar City Government's mission of 'Culture-Based Creative City Towards Advanced Denpasar.' "This is an embodiment and synergy with the Bali provincial government and their 'Nangun Sat Kerthi Loka Bali' program," said DNA Creative Team member Putu Ayu Sada Devi Pradnyadari. "The Living City concept is central to the innovative city concept, which reflects on Denpasar. It seeks to raise diverse awareness of natural capital to encourage creativity, human resources to inspire cultural dynamics and spiritual tools to inspire innovative ventures. Religion-based culture becomes the spirit of imagination, both in the production, maintenance, and enhancement of value order to preserve social order and balance."

Dharmanegara Alaya means "house of creativity," and it serves as a kind of state responsibility to its people while also referring to citizens' duty to their government. Dharmanegara is derived from the names of the former mayor and deputy mayor of Denpasar, I.B. Rai Dharmawijaya Mantra, and his deputy, I G.N. Jayanegara, the founders of DNA. It is abbreviated as DNA and shares the conviction that Denpasar and Balinese are born with powerful artistic DNA.

"As a creative hub, DNA collaborates with many diverse communities, organizations, and the general public in various fields. While much of Bali's branding focuses on traditions, DNA has succeeded in giving the city a more casual and contemporary impression," Ayu told me.

DNA offers an outstanding working model to inspire the Bali provincial administration, with official endorsement from the Indonesian government's Minister of Tourism and Creative Economy, Sandiaga Uno, and the Minister for Cooperatives and Small and Medium Enterprises, Teten Masduki, as well as Bali Governor Wayan Koster.