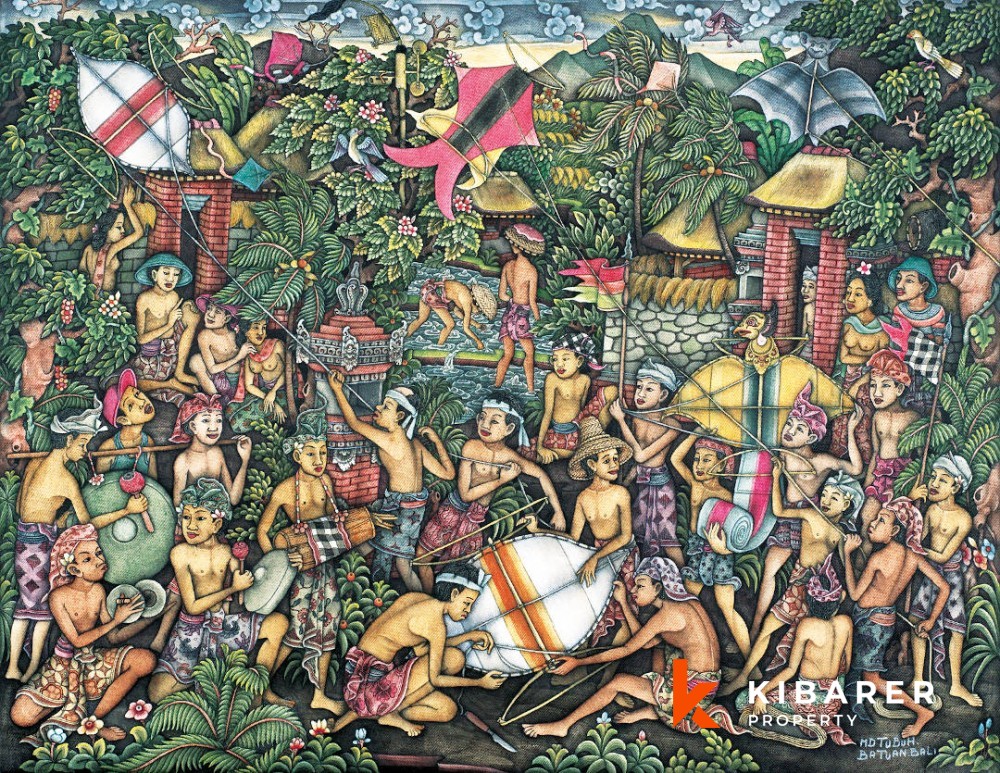 The following three paintings by the artists show how they are in some way connected to I Made Jata painting studio, one of the most active art teacher in Batuan. The first one from the series is known as I Made Tubuh (who was one of Jata’s early students). Second one is I Made India (who studied with Bukel, a student of Tubuh and Budi), and the last painter is I Wayan Dana Wirawan (whose father and teacher Wasika, also a student of Tubuh).

This is a complex network of teaching learning in a fluid way that underscore the role of a group effort in a traditional balineseThe uniformity that you see in the representational convention is common amongst the artists associated with this group.It is possibly a reflection of Jata’s collaboration with the Dutch painter Rudolf Bonnet, whose more academic approach to teaching filtered through Jata’s early teaching style. 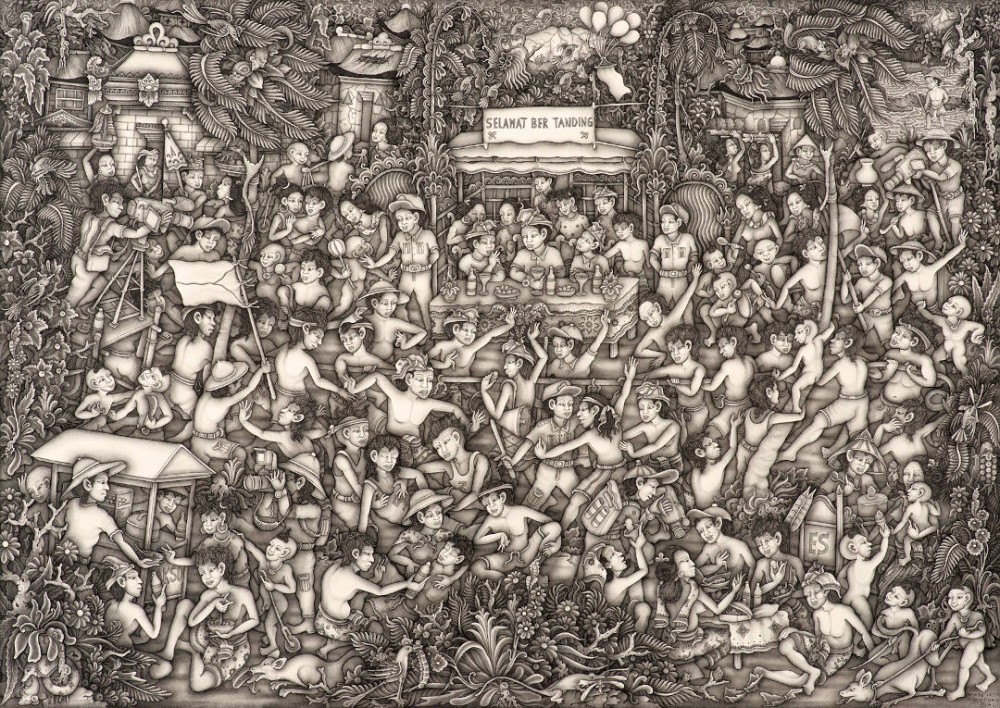 Seen at the upper right, kite flying has long been a favourite pastime of Batuan’s residents. On windy afternoons, kite flyers try out their constructions in the open area between Banjar Pekendalan and Banjar Puaya. Some kites become so large that they require several full grown men to carry them to the lofting field.

The ropes pulls were a popular diversions in the 1980's as you can see in the lower right, but the popularity has now run the course. This picture depicts an entertainment held by and for the villagers themselves, something not made available for the visitors. Main participants are men and the boys, the only women present are the ones selling snacks and drinks 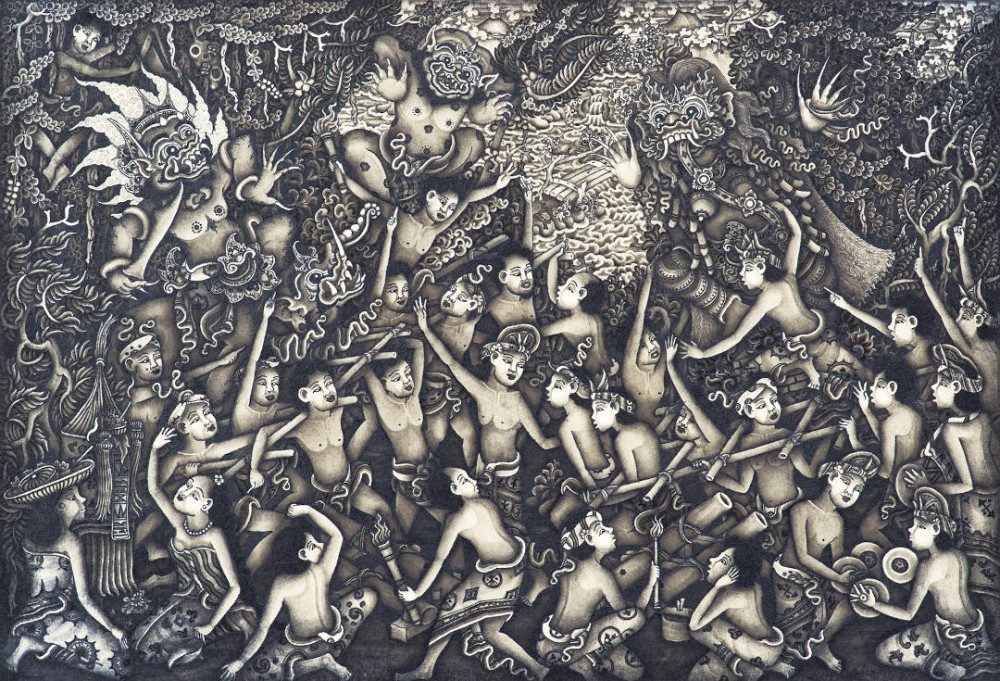 Depicting grotesque beasts, Ogoh Ogoh are large than life size puppets, normally used in the famous activities like Mardi Grass that are held immediately before the sacred solemn purifying day of Nyepi also known as day of silence. You can see the development of this tradition in this version since 1980's, the humble rituals are shown at the bottom, while the more excesses form of today's Ogoh Ogoh can be seen at the top. Seen on the facing page, Dana has built up the dark areas with many layers of thin black ink until they reach the distinctively deep and rich tones found in his work.