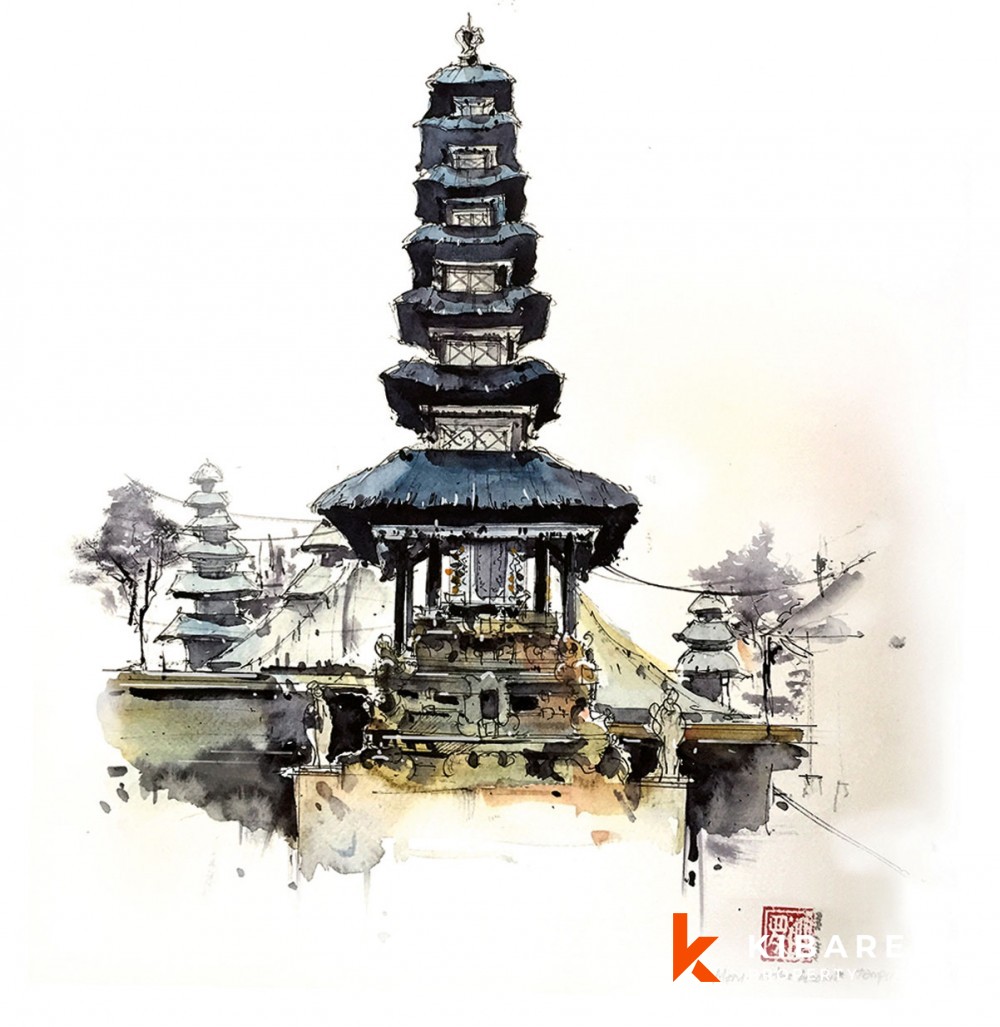 The Principle of Shrine - Meru Towers

Temples are the most common scattered sighting which you witness when you visit Bali. Their distinct and unique architectural feature will always attract you however when it comes to the big large temples, the most catching feature you'll notice are the meru, the multi-tiered shrines that tower high-above the rest.

Meru is a term referenced to Mt. Mahameru, which is a sacred mountain of Hindus and Buddhist cosmology. Fabled to be the in center of the world, its summit is believed to be a million kilometres high and heaven is believed to be located there aka the abode of Gods.  With its religious importance, Mt. Mahameru has been symbolically represented through architecture, such as the prang in Khmer temples of Cambodia and Thailand, or the Balinese meru towers.

Pelinggih Meru or The Meru Towers  can be easily recognized due to their pagoda-style multi-tiered roofs that diminish the size as they ascend. Tumpang aka the tiers will most of the time be oddly-numbered, starting from one to sometimes eleven levels high. The only exception is one meru found at Taman Ayun Temple, which features two levels.

You will find these meru in the jero of a temple, the innermost sanctum reserved for the most sacral activities. As pelinggih, or shrines, they are therefore ‘seats’ for gods and spirits, who will temporarily reside within them. Being symbolic of the great holy mountain, the height of the meru thus shows the importance of the residing god or spirit; the higher up the mountain, the holier the ‘resident’.

The larger specially eleven tiered merus are often dedicated to highest level of Hindu Gods – Shiva, Brahma and Wisnu – such as that found at Pura Ulun Danu Beratan, whose towering meru is dedicated to Shiva and Paravathi, goddess of fertility and love. The five tiered merus are normally reserved and dedicated to Bhatara Mahajaya, The God of Mount Agung; Pura Luhur Uluwatu Three tiers are dedicated to Dan Hyang Nirartha, a legendary Hindu priest. Many smaller merus will be dedicated to local gods or deified ancestors.

Constructed by the black fibers of sugar palm tree the roof of meru are indeed an architectural marvel. The whole conceptual structure is carefully crafted and constructed according to the believed philosophies of traditional culture of Balinese, Asta Kosala Kosali.

The most unique, attractive and impressive meru towers in our opinion are found at Pura Besakih which is also referred as the mother of temple in Bali located at Mount Agung, Pura Taman Ayun in Mengwi; and Pura Kehen in Bangli.