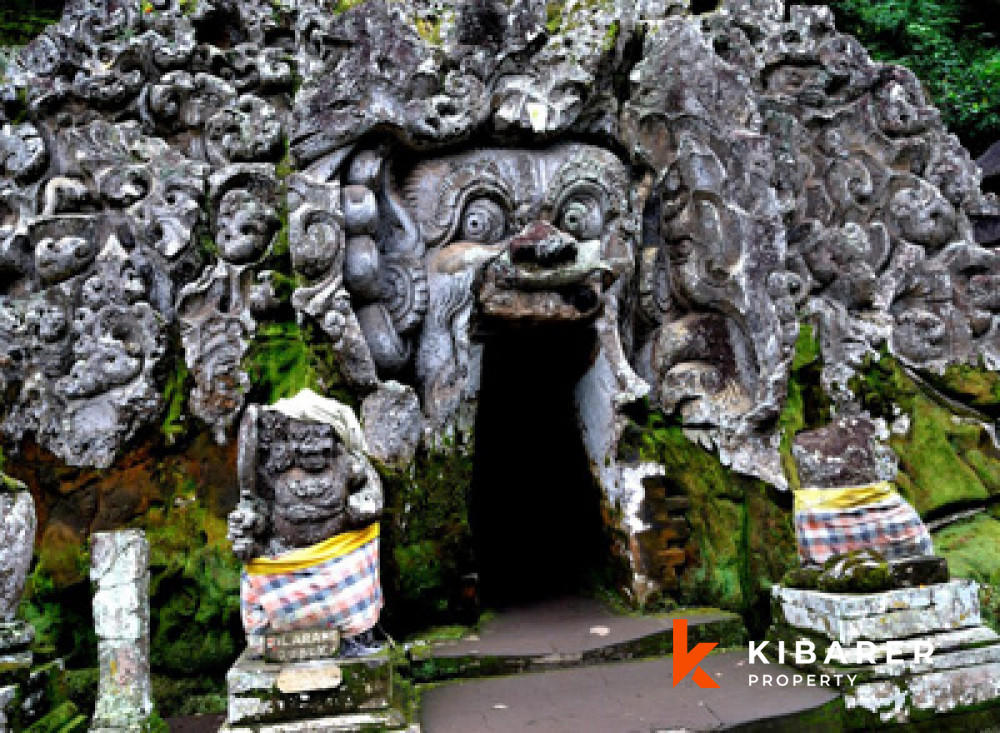 ancient cave found in bali set to open for public

One of the most remarkable archaeological finds on the island in recent years has been found by a Balinese landowner. Wayan Puja of Banjar Dalem in Pejaten Village in Tabanan Regency discovered a man-made cave complex beneath his farmland lately. The finding has enormous cultural value, and the Tabanan Culture Service and Wayan Puja both believe that the place can be conserved for future generations.

Wayan Puja is reported to have discovered the cave complex while removing vegetation from his farm. Puja has been visiting the site every day since it was discovered. He has been blessing his property and bringing offerings to it. He and his younger brother Ketut Nada have constructed a bamboo framework around the cave's entrance, covered by a corrugated zinc roof, to keep the area as intact as possible and prepared for archaeological teams to conduct a study.

The Tabanan Culture Service visited the location and confirmed Puja's discovery. They told the press that the cave complex contains four chambers, but there could be more to the cave than meets the eye right now. Puja and the Tabanan Culture Service have notified the appropriate authorities that the cave is a potential cultural heritage site. In light of this, a comprehensive excavation would require government clearance, as specified in the Cultural Conservation Act.

The application to the Cultural Conservation Preservation Agency and Bali's Archeology Centre requests that the site be excavated and up to 40cm of sediment be removed. What is certain is that the cave was built for cultural or religious reasons. The cave's principal function, according to the teams, was meditation. Its origins may be linked to the Goa Gajah Temple and Cave.

No formal investigations or excavations will commence during the Galungan celebration, according to Ketut Nada, who informed reporters that beginning excavation will most likely begin after Kuningan Day, the festival's final day. He stated that the Cultural Conservation Preservation Agency and Bali's Archeology Centre had recognized their application and that efforts were underway to register this newly found historical site with the government.

Wayan Sugatra, the Head of Tabanan Culture Service, told reporters that the objective now is to safeguard the cave from further damage. He stated that listing the site as a "cultural heritage object" would mean that it is legally protected for its significant historical, scientific, or cultural worth.

This implies that vandalism or intentional damage to the site will result in criminal charges. It also implies that the site may be qualified for a government grant for repair and long-term preservation.

In Indonesia, there are about 8,000 cultural heritage assets and items, including temples, mosques, historic buildings, and national parks. Many of these sites have also been designated as World Heritage Sites. The United Nations Educational, Scientific, and Cultural Organization frequently funds World Heritage Sites (UNSECO).

Wayan Puja is hoping that his finding will be protected and preserved by the Indonesian government and UNESCO in the future. In the meanwhile, he plans to care for the caves personally and collaborate with archaeological teams to explore and rebuild the cave so that visitors can visit the cave and his community.

Local archaeological teams will assist him in determining the purpose of the cave. The location has the potential to become Bali's next must-see tourism destination.

Wayan Puja is not the only man attempting to launch new tourism ventures in order to help his village. A group of young cultural conservationists in Temesi Village, Gianyar Regency, is collaborating to put the 'undiscovered' Temesi Waterfall on the tourist map. The waterfall is considered one of Bali's best-kept secrets.