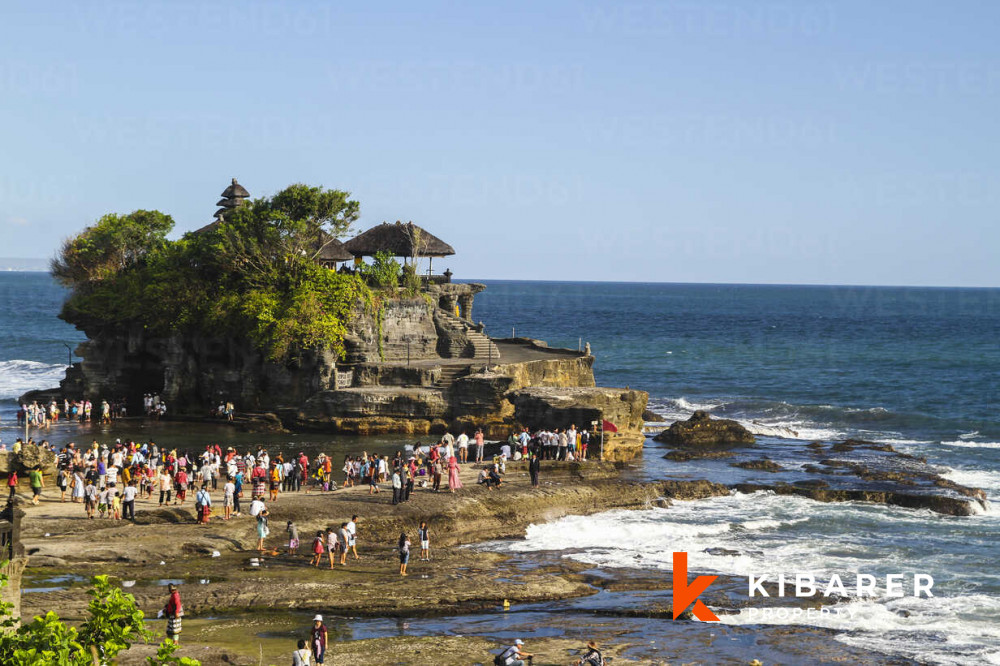 celebration in bali for 1000 percent increase in international tourism

This week, Bali breathed a sigh of relief as numbers confirmed a 1000% rise in international visitors in the first quarter of 2022. The 1000% surge occurred between February and March 2022, when Bali formally reopened its borders.

Arrivals increased again over the Eid Al-Fitr weekend, however this time it was primarily domestic tourists. Bali is ready for another surge of visitors over the European summer holidays and Australia's long winter break in June and July.

The reopening of borders is responsible for the 1000% rise in tourist numbers from February to March 2022. Since then, compulsory quarantine has been removed, and the Indonesian government has announced that the pre-arrival PCR test for vaccinated international immigrants is no longer required.

This announcement was welcomed by the Bali tourism industry, which considered the PCR testing mandate a significant hurdle for potential visitors.

The 1000 % rise in international travelers was primarily made up of persons traveling from Australia, the United Kingdom, Singapore, the United States, and France. These countries are also included in Indonesia's visa-on-arrival scheme. Early in May, the visa-on-arrival program was expanded to allow visitors from 60 countries to enter Indonesia. The visa-on-arrival option was only available to tourists from 17 countries when borders reopened in February.

Bali is guaranteeing that the tourism industry recovers quickly. The Indonesian government, in collaboration with the United Nations, will host the 7th Global Platform for Disaster Risk Reduction from May 23 to May 28. Over 2000 troops have been sent to Bali to guarantee the event's seamless operation as the island welcomes over 4000 international delegates.

In June, Bali will hold the 8th Bali and Beyond Travel Fair, a massive convention organized by the island's tourism industry. The event allows Bali's travel and tour operators to showcase the island, Bali culture, and the island's distinctive visitor encounters.

These two conferences are excellent warm-up events for the G20 Summit in Bali in November. Presidents and prime ministers from the world's 20 largest countries will gather in Bali for a two-day international conference to consider the union's future. This program will bring Bali to the attention of millions of people, and the tourism industry is well aware of the importance of success.

Successful events like these also persuade governments all over the world to include Indonesia on their Covid-19 'Safe to Visit' lists, which means visitors do not need to take a PCR test to return home or to quarantine.

Large international events attract massive numbers of business travelers, resulting in enormous revenue. What Bali most looks forward to is the return of the 'ordinary' visitor, whose vacation budgets account for the great majority of Bali's tourism revenue.

Over the Eid Al-Fitr weekend, hotel occupancy reached 60%, the highest level since the virus. Though hotel reservations have fallen slightly since then, internet searches for Bali hotels have skyrocketed in recent weeks.

Menparekraf Sandiaga, Minister of Tourism and Creative Economies issued a statement confirming Bali Airport's strong growth in international arrivals. The department expressed its pride in working with foreign airlines to arrange the increased flight schedules to Bali and Indonesia in general.

Sandiaga went on to explain how the Tourism and Creative Economies are trying to raise global awareness of Indonesian tourism by providing 'holistic' knowledge of everything the archipelago has to offer.

Sandiaga hopes that the loosening of Covid-19 limitations will continue to benefit Bali tourism. Following Singapore, Malaysia, and Thailand as the most popular places to visit in South East Asia during the outbreak era, Indonesia is eager to see the number of international tourists keep rising.