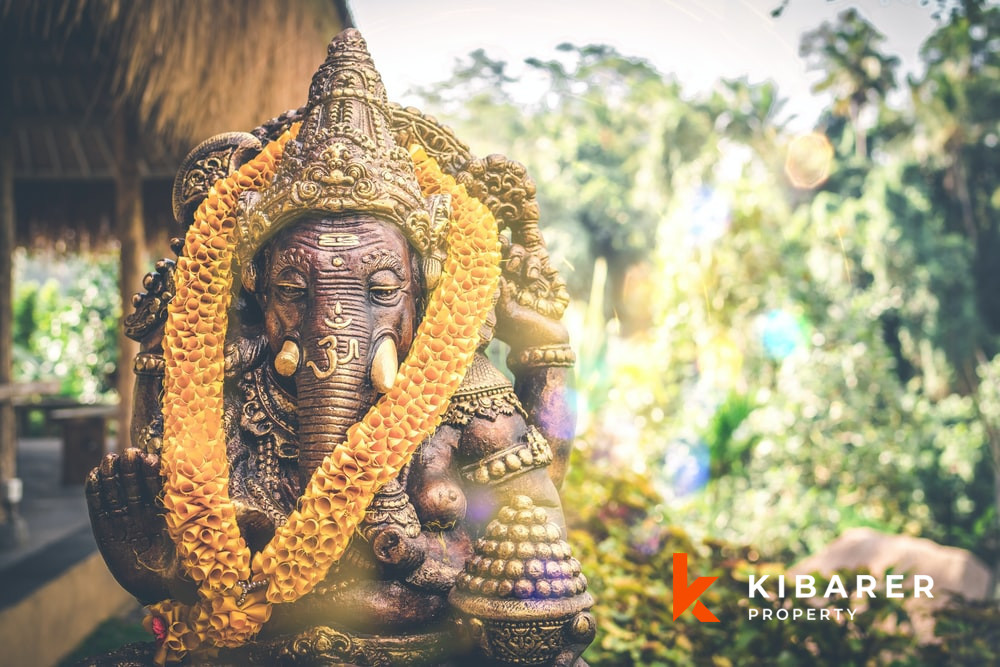 cult of ancestors in bali inclined towards becoming normative hinduism

Journalist Eric Buvelot and socio-ethnologist Jean Couteau taped 20 hours of conversation about developments in Bali since the 1970s. The debate was arranged, and divided according to many various facets of Balinese life, largely from a socio-historical viewpoint. To track all the changes in Balinese mores that have occurred in the last 50 years, since modernity began to mold new practices.

The creation of individuality in a collective society, and the transformation it implies, is at the heart of these transformations. The consequent changes have been more substantial in the last 50 years than they were in the prior millennium. At the coAfterject, a 16-chapter discussion book (Bali, 50 ans de changements - Entretiens Avec Jean Couteau) was published in 2021 in France by Editions GOPE to measure the extent to which Bali has transformed in such a short period, a work is never done before, embracing all Balinese social matters. The English edition (Bali, 50 Years of Changes - A Conversation with Jean Couteau) was published by Interactive Publications Pty Ltd (Australia) in May 2022, with a translation by acclaimed Bali-based American writer Diana Darling.

Eric Buvelot. — What is the Balinese religion today?

Jean Couteau — if you ask many Balinese what religion they follow these days, they will respond Hindu. Some go so far as to practice Indian ceremonies, but when we look at the roots of their beliefs, the village aspect, we realize that they are not Hindu at all. People in villages focus on addressing their elders. When there are temple festivities, the gods who attend are ancestral deities associated with various ancangan (god companions), not Hindu gods. These, according to the old treatises, may live in the mountains, but they do not come down "visiting" like the temple gods.  As a result, they can provide commands from the heights without disrupting the ceremony. This speaks a lot about syncretism: the Balinese religion is a cult of ancestors adorned with a cult of nature on top of which is superimposed an Indianised cosmological understanding — and which the Balinese are're-Indianising' in modernity.

JC — yes. This superposition phenomenon has persisted for over a thousand years, although in varied ways depending on the social environments. Indian traditions say the Hindu gods, traveled from the "top" down through palaces and connections of Brahmans and related meditators; they then propagated through the wayang shadow-puppet theatre in particular. This "Hinduism" came not from India, but from Java in several waves over throughout, the most powerful of which being the Majapahit empire's conquest of Java (in the 14th century).

The ngaben cremation rite, for example, is more Balinese than Hindu. Its goal is undoubtedly to detach the physical elements from the spiritual elements in the Hindu manner except that the physical elements will end up in the sea, passing first, most often by the river. Whereas the soul will eventually be taken back, ritual after ritual, to the mountain of its beginnings where it will "become water" (dadi yeh), As people say, eagerly anticipating its return as "drops" (titisan), the reincarnated ancestor. Everything is Balinese.

EB — The notion of reincarnation is still of Indian origin.

JC yes, but it is Balinised here, as shown by the droplet symbol, or titisan. The cult of nature, here water, has merged with the cult of ancestors because ancestors have become water.

Let us suppose that the first is a wish for a kid, which opens the door for ancestors to reincarnate. Couples still frequently make this request in a temple, usually a family or clan temple. Nakti is the name. In the domestic temple, one addresses the ancestors rather than the major Hindu gods, because it is they who will incarnate. This reincarnation sets in motion simultaneously cosmic material forces and the soul of a deified ancestor (betara) who comes along the paths of love.

EB — What then does ancestor worship consist of?

JC — according to Balinese tradition, life is a journey that must end. The ancestral soul descends from the mountain peaks becomes embodied in one of its descendants, and must sustain a harmonious existence through rites to the gods, ancestors, and lower forces. Any imbalance, and especially any disrespect of one's ancestors' commitments, lealead ileadamity. Complex funerary ceremonies — cremation, scattering ashes into the sea, etc. — allow the deceased's soul to reach the "ancient country" above the mountains, where it awaits reincarnation.

EB — So there is no question of reincarnation according to one’s karma, nor of gods from the Hindu tradition.

JC — not much. The Indian Hindu gods never seize the individual while in trance. These are Balinese gods, with Balinese names. According to the old writings, the Hindu gods did come from India, moving "parts of Mount Meru" (the Mahameru) from India to Java, then from Java to Bali, but they still live in their mountains. They do not participate in rites or trances, unlike the local gods.

EB — But don’t the Balinese know the Indian gods?

JC – they certainly do, these gods who occupy the theatre. They are the main characters of the major mythologies. They are also the universe’s distant architects. However, they are not the ones who make the day-to-day decisions. They are around, but they are off in the distance.

EB – How does it mix with the cult of nature?

JC — it is truly remarkable. There are numerous examples. Banyan leaves are used to build effigies of the dead for the post-cremation nyekah mortuary ceremony, which takes place before the soul is sent to the mountain heights. The wood for the mask is ritually cut from the kepuh tree to construct the Barong.

A temple halfway up the slope on the road to Garuda Wisnu Kencana Park is an excellent example of this. It all started forty years ago with a few large roots intertwined in the shape of vaginal lips and a pubis. All it required was a woman desiring a child to leave an offering in the hope of bearing children. When she became pregnant, other women did as well. With the same outcome. Later, with the assistance of trances and good souls, the site was bestowed with a perimeter and secondary shrines for various "visiting" deities. And one day, it was concluded that the location was a full-fledged temple in need of an officiant (pamangku). The Niskala, or invisible world, is usually at work in the service of fertility.

JC — things have gotten a little more complex. People are more informed and often skeptical: they are attempting to justify their beliefs. They are well aware that things do not make logical sense, at least to modern eyes. Furthermore, this rationalization is part of the Indonesian Department of Religious Affairs' modernization effort.

The system was fluid and adaptable in Balinese tradition. Because there was no structure of the mind, no desire to think of Balinese religion or society as a unified system, there was no true conceptual wall, no ideological barrier. Everything has changed. Education has forced the Balinese to organize themselves, particularly in connection to other Indonesians, Christians, Muslims, and so on. After receiving official recognition as "Hindu" by central Indonesian authorities, they had to rediscover and, in some ways, rebuild their past ties with India.

EB — Are we witnessing a mutation of Balinese religious reality, where an ancestral cult would turn into normative Hinduism?

JC — yes, Hinduism is gaining ground in a syncretic variety in which local memory is diminished. This, however, is a continuing process that is following the alteration of socioeconomic life and the birth of current intellectuals. And the path ahead is long. Because if there is one thing that hasn't changed much throughout the years, it's the role of mediums, whether they're Balian or Jero tapakan (man or woman who has the power to communicate the will of the forces of the invisible world.). Because, while the high priests pray to the gods of Indian origin who live on their hills or in the far cosmos, the Balian speak for the ancestors and lower forces, and the jero tapakan act as intermediaries between these same ancestors and the shrines devoted to them. The foundation of the Balinese cult is still ancestral gods, dark forces, and wandering souls. At least in the context of the village.

EB — Are all the ceremonies changing?

JC — no! The Galungan-Kuningan festival cycle continues to be a long visitation of ancestral deities. The same can be said for temple celebrations. The prayers vary somewhat, with a touch of Kawi or Sanskrit, but the rite remains the same. In the case of formal Hinduism, the understanding is adjusted in such a way that ancestor worship seems to correspond to the Hindu ideal.

EB — This is the famous Indonesian spirit of consensus.

JC — yes, in the end, individuals debate and create various forms of syncretism.