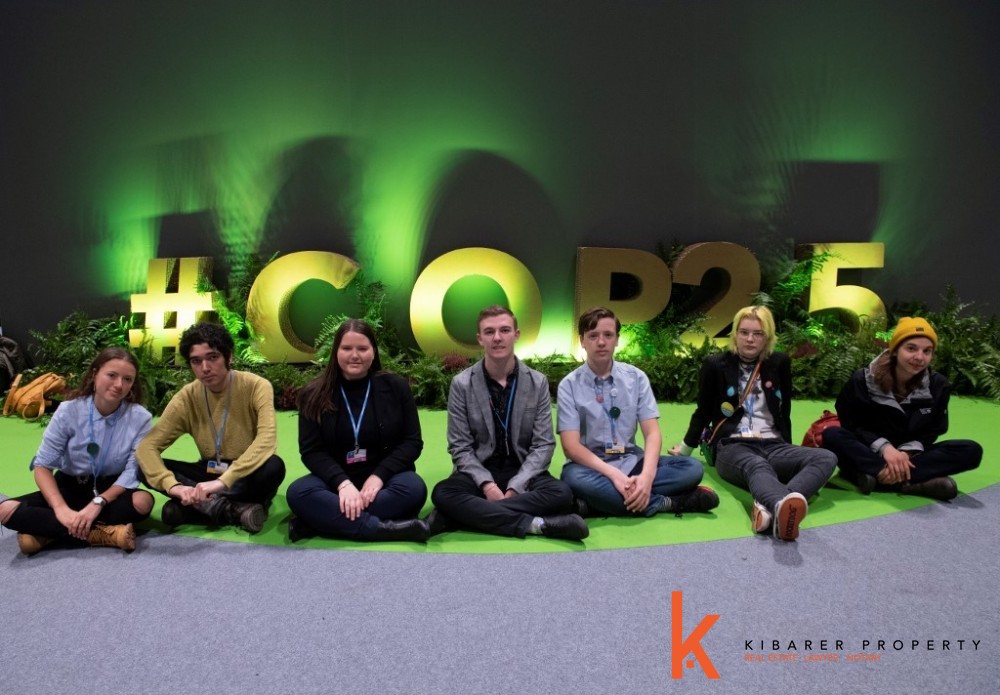 A 15-year old girl with pigtails  walked out of her class room last year and since then she sits outside Sweden Parliament on the steps every Friday with a placard saying "School Strike For Climate".

The Friday for Future movement since then has been sparked by Greta Thunberg, who has turned 16 now. That movement has now gone global. Its not just Greta Thunberg any more.

Millions of youngster this September on all continents went out on the streets to demand a swift action. They are now marching in Madrid, over 200 nations from UN are now negotiating and are feeling the heat of the frustration and angry world about the climate change.

Some of these youngsters shared their views with AFP.

Graduate of Moscow Conservatory, Arshak Makichyian is 25 years old. He is a virtuoso violinist but right now his career is at a hold and not a priority. He is likely to stand in front of a judge and face punishment when he travels back to Moscow in Mid December. Yes it is a likely punishment for him to hold and organize unauthorized strike for climate.

This is what he said "

There is very little information in the Russian media about climate change, so I started reading about it in English and discovered how serious the problem is. That is also how I learned about Greta Thunberg."

"After the global student school strike in March, I began protesting alone in Pushkin Square -- in Moscow it is the only way to protest legally without a permit, which was never granted in any case.""Now I am not alone, there are students in seven or eight Russian cities striking every week. In Moscow, we do it in a queue -– one person stands with a sign, and then steps aside to let the next person in line do the same. If two people do it together, they can be arrested.""For years I practiced my instrument every day, but I have taken a break. It felt really strange to play the violin while the Titanic is sinking. Also, it's complicated getting a job with an orchestra if you have decided not to fly.""I came to Madrid mainly to meet other Friday for Future activists from around the world."

Nicole Baker 'I had to fight' (Argentina)

18 Year old Nicole Baker didn't take long to realize that global warming isn't just related to climate change but a much larger social issue. She is a first year student, who switched from psychology to International law at Buenos Aires. Now climate change is her top priority.
She told AFP ""I saw a video of Greta and asked myself: why are young people in Europe striking, while no one in Argentina is even talking about the problem?"
"I am in Madrid to represent Latin-American youth, and because it's where world leaders are deciding my future. I want them to hear me, I want to have a voice."
"There is a lot of poverty in Argentina, and it has a connection with climate change. When I understood that, and that my future is at risk, I knew I had to fight, and influence the decisions that my government makes. I dedicate my time to climate change now, also because I'm afraid."
"Those of us living in rich cities are not the ones most affected, so we have to care for those who are -- this is a moral challenge. In Argentina lots of people say, 'First we have to improve the economy, then we can worry about the environment'. They don't understand climate change is making their economic problems worse."
Chloe McCann 'I know climate anxiety' (Tasmania)
Chloe McCann is an 18 year old girl from Tasmania, Australia who has seen and suffered the after effects of global warming and climate change first hand. Her family home was destroyed and consumed in the wild fires several years ago, same wildfires which are becoming intense and widespread as the time passes due to global warming.
She told "Lots of people suffer from climate anxiety, and maybe I'm one of them. We hear all these negative things, and it gets you down. Sometimes it's hard to have hope. That's one reason I'm here -- to learn about what I can do."

"We have a lot of bushfires, it's a huge thing in Australia right now. When I was younger, we were very unlucky and lost our home. This is still a trigger for me -- I look back and think 'You know what, climate change makes fires worse'."

"Of course we have to make changes at a personal level -- taking public transport, avoiding plastic, consuming less. If everyone does a little bit, if can make a big difference. But a lot of people feel they have to do everything, and then wind up doing nothing -- that's the worst."

'Is humanity so blind?' (France/Canada)

Lea Llardo a 21 year old French who has been living in Quebec Canada for about 18 months, studying political science and environmental policies shared her views.""Sadly, I don't expect much to come out of this process," she says.

"Personally, I live a privileged life. I feel that my role is to fight on behalf of people whose voices have been muted, and who are focused on surviving. We live in a world fractured by inequality at every level -- between generations, within and between countries."

"Greenhouse gas emissions just keep climbing -- they will hit record levels again in 2019. In the end, we have the impressions that our efforts don't really make a difference."

"It is terrifying to think that we don't know what world we will be living in a decade from now. This completely undermines our capacity to project ourselves into the future. How bad do things have to get before things really change? Is humanity really so blind?"

"The world built a multilateral regime to fight climate change. But it has been so ineffective that we have to ask the question: is it better to keep trying to change things from the inside, or do we become part of the problem just be being here?"
Shiina Tsuyuki 'My friends don't care' (Japan)
18 year old Shiina Tsuyuki attended a "green" high school in Bali, Indonesia. She has now moved back to Japan, where she realized that majority of the people are unaware of the fact how big of a problem climate change is.

"I'm gathering information at the climate COP to inform other Japanese youth. Japan is so organized that people don't really notice when the temperature goes up a little."

"But they noticed when the biggest typhoon in years hit my city of Yokohama. People have to realize that the size of the typhoon was not natural, that it was enhanced by climate change."

"All my friends in my university don't really care about the environment. They are not afraid at all. They have no information. Knowledge has to come before action."