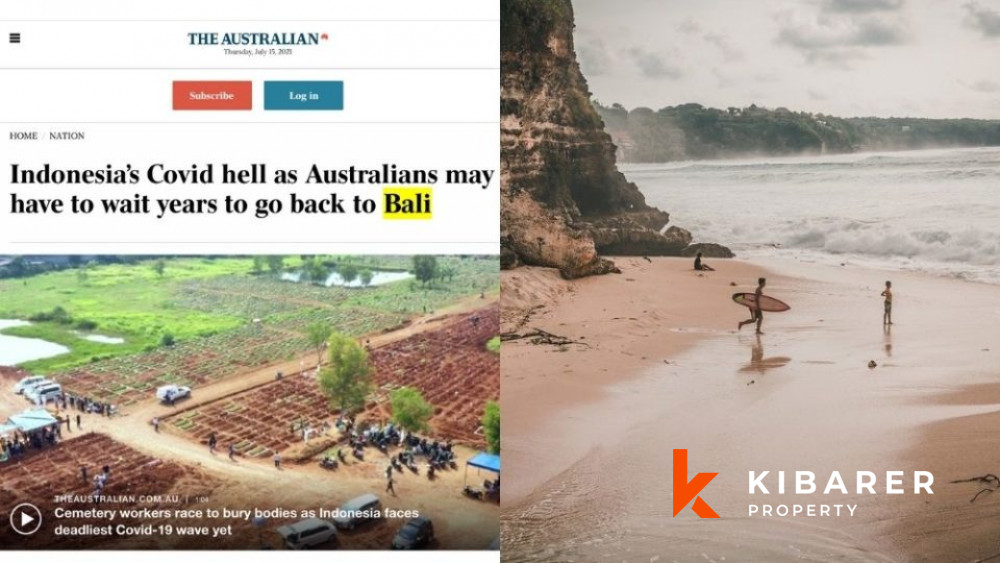 A recent article released by an Australian media site exemplified how the West's uneducated perceive Indonesia; to them, the world's fourth most populous country is nothing more than the tourist island of Bali.

The Australian, one of Australia's largest and most renowned national newspapers, thought that the title "Indonesia's Covid hell as Australians may have to wait years to return to Bali" would be appropriate in this day and age.

Please don't get us wrong. We completely understand the desire to appeal to your target demographic. However, portraying the current COVID-19 outbreak in Indonesia — the country's biggest outbreak to date as a nuisance for Australian tourists may be one of the most callous things a journalist can do.

The article as a whole attempt to provide an overview of the current COVID situation in Indonesia, where images of overcrowded hospitals and makeshift cemeteries, as well as reports of oxygen tanks running out and people dying before receiving treatment, have been making national and international headlines.

However, it appears that exercising full-fledged empathy is a little difficult, given that the author had to address the topic specifically for our Australian neighbors. “It might be years before Australians can vacation in Indonesia since the island of Java is on the edge of a pandemic-induced collapse,” according to one line in the article.

So, what precisely does this mean? Do Australians simply not care about Indonesia beyond their Bali vacation plans, despite the fact that we are a near neighbor? We are not surprised, considering that most of the coverage about Indonesia in Australia is so concentrated on Bali that people frequently forget that the island is a part of a country, not a country in its own right.

It's even more distressing to see this title written by such a well-known publication – we'd accept it grudgingly if it was produced by a right-wing tabloid catering to the ignorant population. Not only is it ethnocentric, but people are literally dying here. Who cares about your postponed vacation plans?