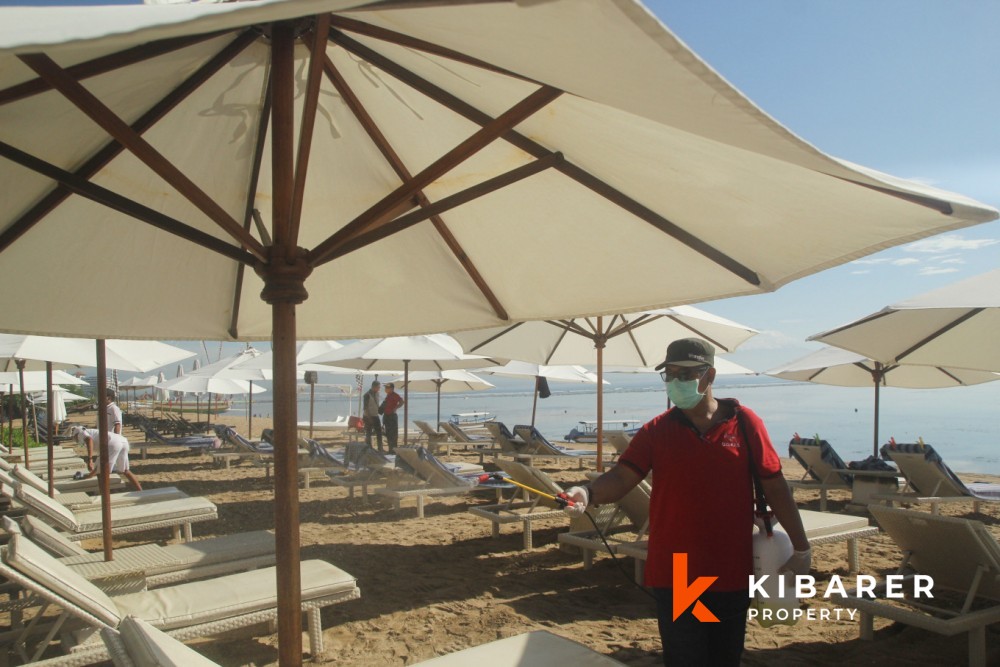 It was akin to waiting for that elusive Unicorn wave as the surfers do in Uluwatu once a year. Waiting at the beach and ready to ride whatever comes next. So far, this wave hasn’t reached Bali and surfer couldn't go to the beaches anyway!

It is now June, beaches will be gradually opening, slowly and no wave so far. The same question is on the tongues much of Bali’s community. How is this possible? Like many countries, the quickest answer is "The authorities are hiding the real numbers".

But imagine for a second, what if the numbers are correct or at least we were not too far from reality? That’s when we start to think, as Jen M. who gave birth in an empty ‘ghost hospital’ did "we didn’t see any people in the hospital when I arrived for my delivery". "I need to be honest”, she said, “I was scared to deliver a baby during this period but I must say, the Bali hospital was very professional from our arrival, they disinfected the room in front of us and put a specific protocol to avoid interaction". We haven’t seen anything unusual on Social Media, or from hospitals, crematoriums or cemeteries.

So far, none of us knows anyone who knows someone in their group who has gone to hospital for respiratory aid. And we know how locals like to post or share on SM. This still doesn’t explain the low number of deaths identified from Covid-19.

So what makes Bali so different? Some of the reasons might be below.

First of All, a small density of population. Yes, tourists double the numbers during peak season, but Bali is well known to be a resort island where people are not tripping over each other in sticky crowds. There is a lot of space, in the hotel or at the beach, most of the places encourage space and most travelers seek this out.

Secondly, there is no density of population. If you analyze this correctly, most of the clusters are in the large cities, country capitals or cities where there are dense populations. There is consistency here, the high number of cases is always when large amounts of people are close to each other. Although the Balinese frequently have big religious and traditional ceremonies in their communities but these are not open to outsiders, hence the exposure levels are low.

The third and probably the most important reason, we embrace nature and the outdoors. Most of the local houses, resorts or expat villas are of an open concept living space. Only the bedrooms are closed and, in most cases, only 2 people spend a night in one room. Being outdoors with space to move around is probably the most significant deterrent to spreadingof COVID -19.  I’m not quoting Trump when I say it seems that the virus has more difficulty spreading in hot humid weather, Sometimes we don't need to look very far to understand what is the most logical reason – Occam’s Razor.The normal flu virus loses its strength every summer, so will Covid-19.