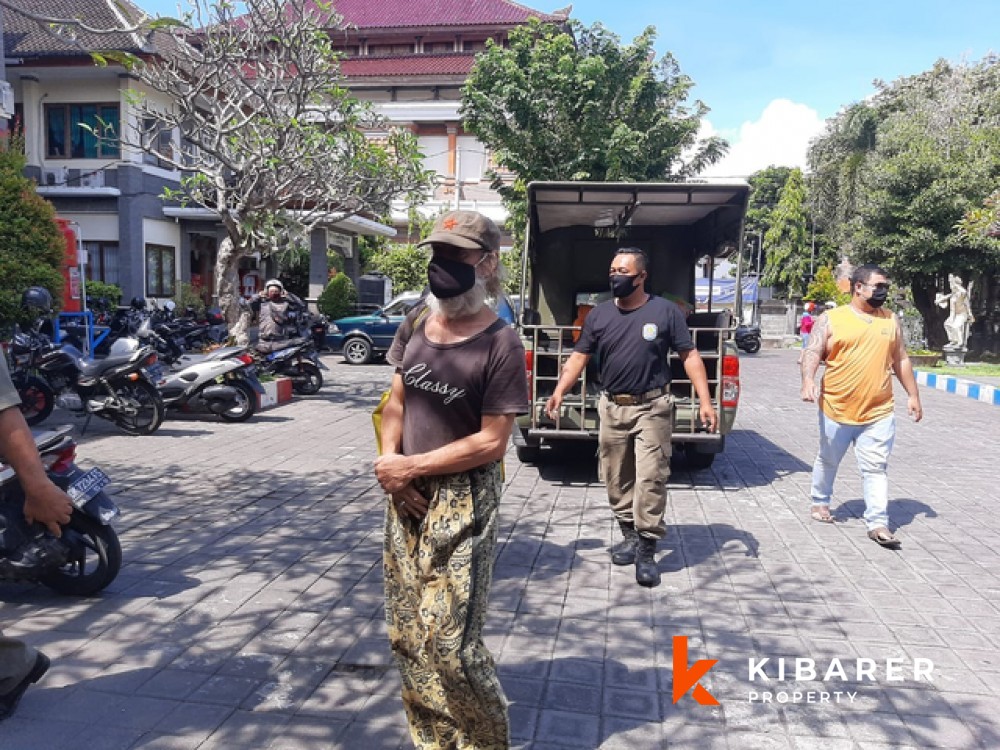 An elderly Italian man has been taken to immigration after being stranded in Bali for an year of begging, Authorities said they followed up on the reports about this matter from locals in Badung Regency.

I Gusti Agung Ketut Suryanegara, who heads the Public Order Agency (Satpol PP) in Badung, shared that the man aged 75 is identified as AR was found around Legian, Kuta.

AR used to live in Canggu, North Kuta previously while working as an artist/businessman. He claims that his business went bankrupt and he is unable to return to Italy due to Pandemic.

The elderly foreigner has been living along Jl. Benesari since, and surviving from food given by local residents.

Satpol PP officers have since handed him over to immigration, who might set him for deportation.

According to reports, AR was cooperative throughout the process and expressed hope that authorities may help him return to his home country.